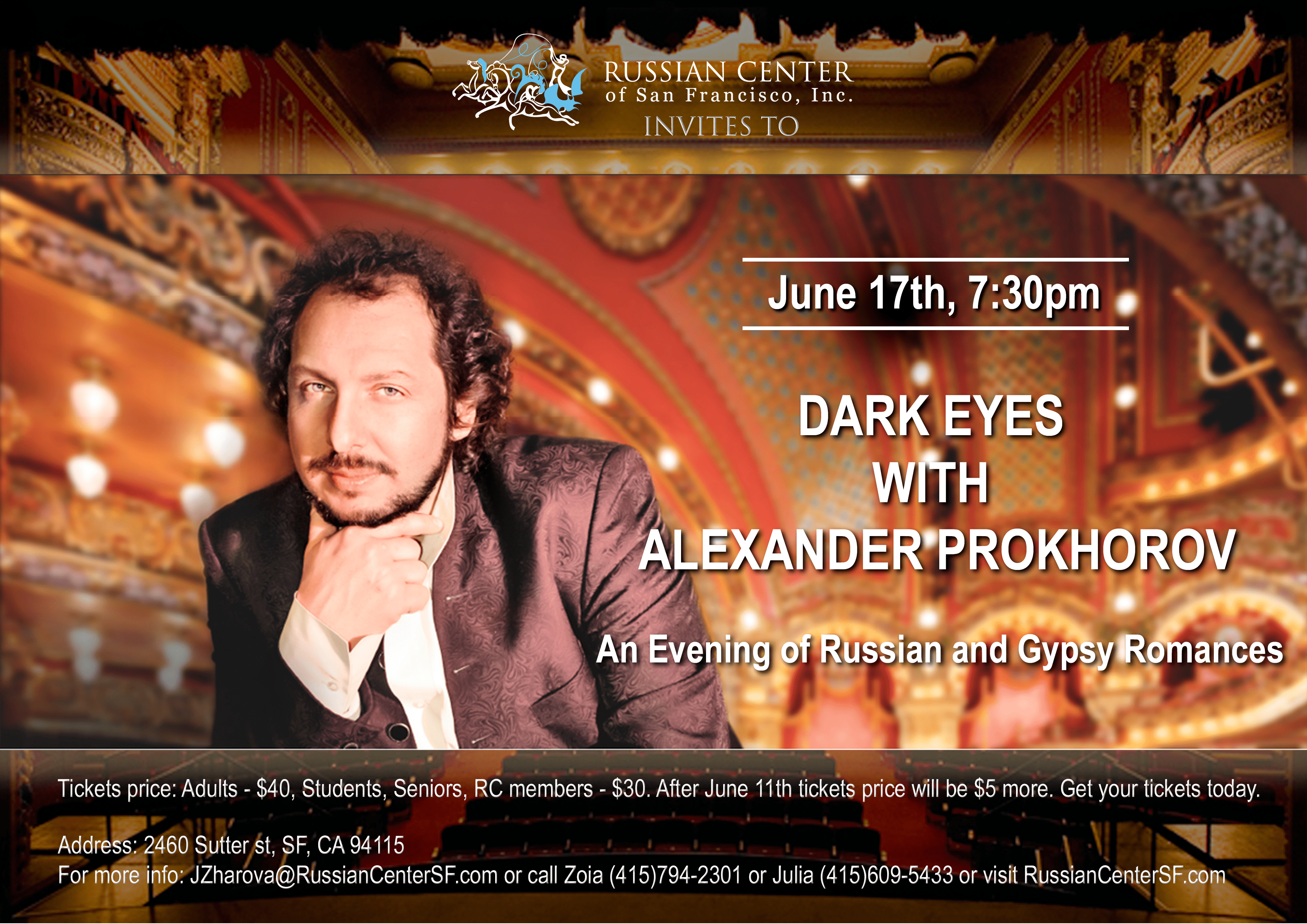 Alexander Prokhorov is legendary for his candlelit evening of Russian and Gypsy romances. He is a connoisseur and collector of old well-known as well as rare and forgotten, Russian and Gypsy romances, that he performs with his own improvised piano accompaniment. His deep bass baritone with midnight-dark chasm depth of richness and powerful timber tones immediately captivate and bring the melodic beauty of the romances along with their drama and excitement to the audiences.
Mr. Prokhorov grew up in a family with rich cultural traditions. Among his relatives are famous Russian writer Alexey Tolstoy (great-grandfather), Silver Age poet Natalia Tolstaya-Krandievskaya (great-grandmother), notorious interpreter of Shakespeare and Silver Age poet, Mikhail Lozinsky (great-grandfather), composer Dmitri Tolstoy, and many others. Literary, musical, and theatrical hobbies were a part of Alexander’s childhood years and led him to pursue his artistic career.